How to get the most out of rumen-protected amino acid implementation?

In the pursuit to reach nutritional goals for ruminants, it is important to select the right partner for amino acid implementation. Success will only be achieved from the essential combination of the correct rumen-protected Methionine and Lysine, along with the right technical knowledge and expertise.

Many factors affect the animal's performance including genetics, management, health and nutrition, which all contribute to improved milk production, mainly due to increased dry matter intake. However, the milk efficiency of energy and protein is still low due to reduced digestibility. We can define milk efficiency as the proportion of feed utilised (milking cows, dry cows, and heifers) for milk production (Bach et al., 2020). If we improve utilisation, we can increase income over feed costs and reduce the environmental impact of nitrogen and phosphorous due to better feed efficiency. 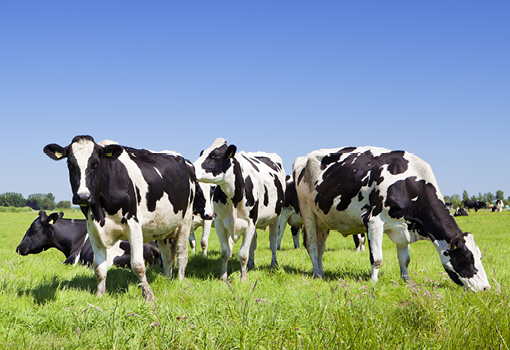 The best way to improve milk efficiency is by applying the precision farming concept, attempting to match production with raw material requirements (Halachmi and Guarino, 2016). Understanding nitrogen metabolism and improving N-efficiency is a primary focus for ruminant nutrition research (Bergen, 2007; Schwab and Broderick, 2017). This is where the amino acid balancing concept becomes vitally important.

Formulation is based on designing the least cost ration that provides the minimum level of required nutrients for a specific level of milk and milk protein production. Crude protein is not a useful tool in predicting these levels. Increasing dietary CP% above 17.4 (early-lactation) and 16 (mid-lactation) did not improve energy corrected milk (ECM), only increased manure N output (Wu and Satter, 2000). Therefore, we must pay attention to the metabolisable protein, Methionine and Lysine content in the diet. In typical ruminant diets there will always be a deficiency in Lysine and Methionine no matter what type or amount of ingredients are being used. The most cost-effective way to cover these requirements is with the use of a rumen-protected Methionine and a rumen-protected Lysine.

Figure 1. We can see the distribution of the productive performance results from 19 different trials, in which the control groups were balanced for Lysine and the treatment groups were balanced for Methionine and Lysine. To calculate and cover the deficiencies the diets were formulated according to the nutritional model CNCPS v. 6.55. The Methionine requirements were covered once the Lysine needs were balanced, which provided an increase of ECM by 2.3kg on average and an increase in milk fat, protein and casein yield by 92, 91 and 77g respectively on average. Figure 2. Shows the percentage increase of milk production and milk components from 11 different field trials, where the diets were balanced for Lysine and Methionine. The results are expressed as percentage of change versus the different 11 control groups where the diets were only balance for Methionine. The results obtained were due to covering the Lysine requirements, 5.6%, 5.3% and 6.5% increases in milk production, milk protein and milk fat.

The conclusion of the metadata is that both limiting amino acids, Methionine and Lysine work in synergy and are equally important in achieving the maximum benefits from dietary formulation. Figure 3 & 4. Shows separately the return on investment for both Lysine (LysiGEM) and Methionine (KESSENT).